As an alliance of tech enterprises, end users, educators and economic development influencers, for the last eight years, the SWFRTP has sponsored one of our area’s only events that focuses on innovators within the region’s tech community. This year, we’re proud to report that REfindly real estate technology was recognized with the top distinction given to an enterprise for inventing an innovative technology solution; in this case, our integrated platform of enterprise software which has been solely designed to help real estate agents, teams and brokers.

While REfindly’s Chief Technology Officer & Co-Founder Ryan Tremblay was traveling overseas at time of event, Communications Director Bill Schiller expressed Tremblay’s regret for being unable to accept the award in-person, but also assured, “This is a true honor and we’re grateful to the Southwest Florida Regional Technology Partnership for providing this opportunity.”

Recognizing the innovations of other nominees which included the tech firms of HyperTeam and Get Efficient, Schiller said the REfindly team felt especially honored for merely being positioned beside companies similarly respected for doing incredible work. He acknowledged winning the award exceeded his team’s expectations, and proceeded to offer some background on how REfindly began. 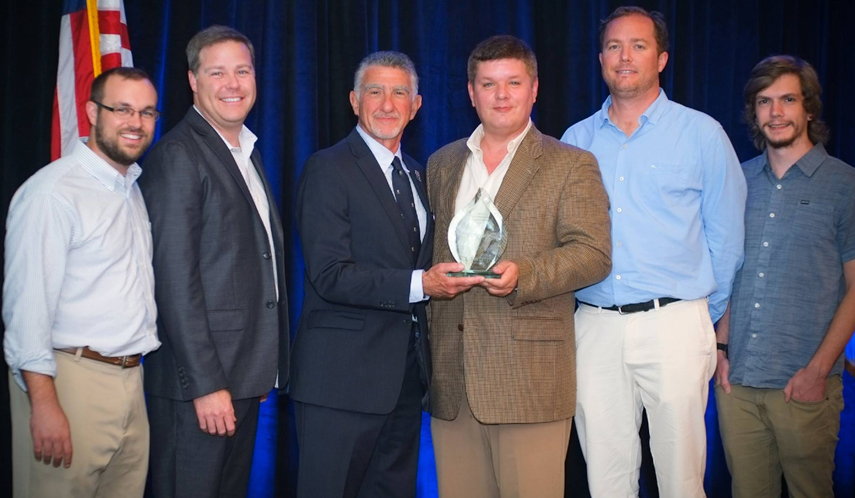 “Permit me to suggest we live in an era when it sometimes feels there is too much fixation on immediate financial gain. So many want to create that thing which is going to corner the market, capture acclaim and suddenly make someone rich. At REfindly, our technology solutions emerged from the want to solve a problem, from the desire to provide Realtors with tools that would simplify the managing of their business, from the want to create something that could make their lives better and enable them to deliver better service to their customers.”

REfindly real estate technology emerged from a paradigm of affordable innovation. In explaining the company’s  creation of an industry-specific platform that combines a website with home search capabilities, dynamic customer relationship management system and lead generation services, Schiller said none of this would have been possible without the support and encouragement of area Realtors.

“Everything we have done was prompted by the suggestions and feedback of Realtors who helped us design our system, then helped test it and shared their insight on necessary functions and features,” said Schiller. “One of the best aspects of our story, yet to be fully told, is how local Realtors contributed to the creation of this technology despite knowing it was something they would never be able to horde to themselves, knowing it was something meant to be shared with other Realtors, including those with which they’re competing in business, yet it never stopped them from helping us produce something that ultimately helps everyone in the real estate industry.”

Schiller particularly recognized the contributions of Domain Realty Agents Jesse McGreevy and Marc Comisar who joined the REfindly team on stage to accept the award. “We’ve been fortunate to work with some of the best real estate professionals in Southwest Florida, and to those at Domain Realty as well as Keller Williams, Berkshire Hathaway, REMAX and all the others, we must express our gratitude.”

REfindly’s Data Scientist Matthew Crowson and Developer Josh Artuso were also recognized for their roles in designing and maintaining functionality of the company’s technical platforms. “They not only offer their brains, but also put their hearts into everything they do, and are significant to the success we’ve been able to achieve as a company,” affirmed Schiller. 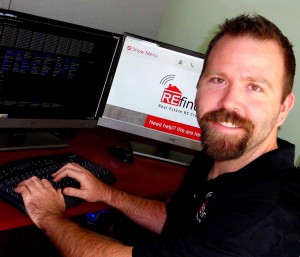 REfindly CTO & Co-Founder Ryan Tremblay is among the 2016 nominees for Southwest Florida’s Distinguished Entrepreneur of the Year Award, presented by the Small Business Development Center at Florida Gulf Coast University.

REfindly’s award for “Innovention” follows similar honors which have often come with national distinction. Since launching in 2013, REfindly has received national honors for “Technology Innovation of the Year” as well as recognition ranking it among “The Top 50 Real Estate Service Providers in America.” More recently, REfindly CTO Ryan Tremblay was named among this year’s nominees for SWFL’s Distinguished Entrepreneur Award facilitated by the Small Business Development Center at Florida Gulf Coast University. As that award program occurs in May, 2016, for now, Schiller told SWFRTP audience that the team at REfindly already feels like winners whether or not they have awards to show for it.

“This is a great time for our company and we’re on the verge of major announcements. Everyday offers opportunity to collaborate with real estate professionals across America and great technology companies here in Southwest Florida; sometimes, just going to work feels a lot like winning.”