Tipbit: The New App on the Block

These days’ new apps are popping up right and left.

I just recently deleted a bunch of apps off my iPhone and there were a ton I didn’t even remember downloading.

If you’re going to download an app, better make it worthwhile so you can be as efficient as possible.

The app surfaces social networks, documents and calendars related to the topic or person who is the subject of the correspondence, according to TechCrunch.

“To be able to use something that made it easy to clip bits of my messages to Evernote — without forwarding, tagging and all of that jazz — was appealing,” Nicole Beauchamp, the writer of this Inman article, said.

Tipbit has many similar features that exist in other popular apps (Fantastical, Calendars, Agenda, Sunrise, Tempo, for example), but what stands out is the “all-in-one” dashboard.

Users have the ease of attaching an overview of the leasing process or purchase process, or the minutes of the last board meeting, without searching multiple apps and starting a new email chain.

CEO Gordon Mangione said Tipbit indexes data according to the name of the person, keywords in the email, the topic and other related information. He calls it a form of gravitational search. Email data has significant mass so moving it does not make sense. Instead, Tipbit finds the data, analyzes it and returns relevant results, also according to TechCrunch.

“How often do you get an email introduction of some sort and then go off to find out more about that particular individual? Wouldn’t it be nice to have that in the palm of your hand at the time that you’re actually reading the message, rather than leaving one app to look in multiple places for deeper context that can then be incorporated into future responses and meetings?” Beauchamp asked. “One such case occurred while I was several time zones away, and the social context helped me to understand quickly and respond accordingly; if I’d merely read the email and flagged it, it might have gotten lost in the melee while traveling.” 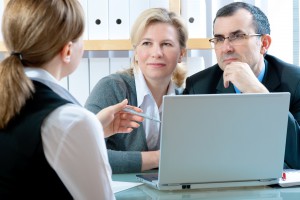 Have you ever been in a similar situation? It looks like your life just got a little bit easier.

Some Key Features of Tipbit