Technology and Real Estate through the Years

Americans are more connected today than ever before. Most of us wouldn’t be caught dead without our smartphones, but 10 years ago, the idea of the iPhone would have seemed very far-fetched to most of techies today.  10 years ago, we carried around our ancient flip phones and the blackberry had just begun to gain popularity. And 10 years ago we most likely would not be able to imagine the technological revolution we’re in today.

I remember my parents would talk about their business friends who were always glued to their blackberries. Back then, the blackberry was today’s iPhone—but it couldn’t (easily) go on the internet, Facebook or Twitter weren’t around, blogging wasn’t very popular and you certainly could not buy apps to make anything easier. 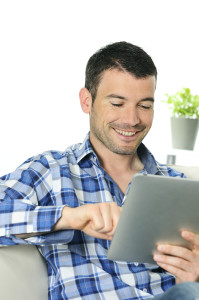 Real Estate and Technology through the Years: The Smartphone

10 years ago, prospective home buyers could not easily look up information about a house and begin to decide whether or not it would be a good fit for them. Today, doing your own research is practically the norm for prospective home buyers—and why not? Most of us are constantly on-the-go. New technology makes it easier to search for homes because you can search whenever you want.

In fact, today most realtors expect their clients to have already done some of their research.

“Technology has transformed the way Realtors® do business, but in real estate, high tech doesn’t come at the expense of high touch,” said NAR President Gary Thomas, broker-owner of Evergreen Realty, in Villa Park, Calif. “Despite advances in cell phones, e-mail and Internet capabilities, real estate is still grounded in relationships. Technology allows Realtors® to better serve their clients by providing them with information and resources quickly and efficiently.”

Technology through the Years: the Apple Revolution

Apple virtually revamped the technology scene over the past decade. We’ve already touched on the iPhone. Most of you reading this probably have one anyways. It’s probably less than a foot away from you, isn’t it? If it is, it’s okay. We won’t tell.

Right now we’re talking about the iPad. The very first iPad was released on April 3, 2010 and it’s been pandemonium ever since. Most real estate apps like Trulia, Zillow and Realtor.com are much easier to use on the iPad versus the iPhone. Even better on a Mac, but chances are you’re not going to be carrying around that hunk of precious and very expensive metal.

The iPad’s bigger screen makes it easier to see pictures of a home, read it’s description and gawk at its features. The iPad also makes it much easier to scroll through the seemingly endless listings.

The iPad and the iPhone are very popular, well, everywhere. In 2014, realtors should expect to see these two gadgets at open houses.

Stay tuned to see what other cool gadgets will make their mark as the technological revolution keeps going at full speed.