By now everyone has heard about Facebook’s huge $19 billion acquisition of WhatsApp with the addition of voice calls—but to some people that sounds a lot like Skype—leaving many to ask: what’s the difference?

Facebook’s CEO, Mark Zuckerberg thinks WhatsApp will appeal to a younger demographic and change the game for Facebook’s mobile audience.

In fact, Facebook’s recent acquisition of mobile devices like Instagram, according to this Reuters article, has helped boost Facebook’s stock roughly 150 percent since July. 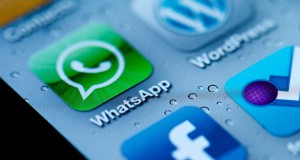 “WhatsApp is a great fit for us. Already almost half-a-billion people love using WhatsApp for messaging and it’s the most engaging app we’ve ever seen exist on mobile so far,” said Zuckerberg.

According to this article from Slate, it also has increased functionality compared with SMS text messaging and industry giants like Skype.

See, your SMS text messaging actually costs more than your data plan. WhatsApp uses data to replicate the functionality of SMS—making it cheaper and more efficient.

One lesson Forbes said everyone could learn from Facebook’s recent acquisition is how not to become irrelevant.

The WhatsApp user base consists of 465 million worldwide monthly users and according to this Inman article, Mark Zuckerberg believes the app will eventually connect a whopping one billion users across the world.

“More than one million people sign up for WhatsApp every day, and it is on its way to connecting one billion people. More and more people rely on WhatsApp to communicate with all of their contacts every day,” Zuckerberg said.

Another reason for WhatsApp widespread success is its low cost of $1 a year and its ability to work on multiple networks such as Android, iPhone, BlackBerry, Nokia S40, Symbian and Windows.

And Facebook also encourages its two most recent acquisitions to remain independent. Instagram, which Facebook bought for a cool $1 billion, along with WhatsApp are still allowed to roam free in their own “whitespace” so they can continue to attract new users their way.

“That’s the service that people want, we would be silly to change it,” said Zuckerberg.