Could Facebook Ad Campaigns be the Lead Generator of the Future?

Adam Nelson has crafted a model of Facebook marketing, according to this article from Inman, that has started to gain some traction at his company, Gilbert. Nelson says the model produces unusually qualified leads by pairing the social network’s highly targeted advertising with the lead-capture capabilities of Stone Path Real Estate’s website and a customer relationship management (CRM) system both developed by Kunversion.

“Even the agents that have had very successful campaigns … they’ve never tried Facebook because they thought it was a waste, but now they’re shifting more towards Facebook than Google,” said Nelson. 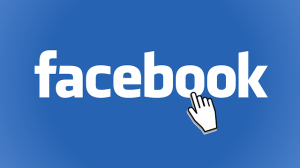 First, an agent signs in to the company’s website, powered by Kunversion, and uses its Internet Data Exchange (IDX) listing search tool to find a listing results page that he or she wants to pitch to buyers.

The next step is very simple: the agent then copies the link of that page and creates a Facebook business page (which doesn’t really require anything but your name along with your company’s name). Next, use the page to create a “Clicks to Website” ad (other Facebook ad options include “Page Likes” and “Page Post Engagement”).

In addition to location, you can target your desired audience based on interests, language, gender and age.

After defining a desired audience, an agent must then choose one of three ad display types. Nelson recommends using news feed ads (either “Desktop News Feed” or “Mobile News Feed”), rather than “Right Column” ads. 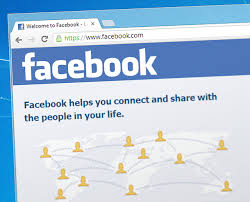 “I don’t click on those personally, but I see a lot of clicks with those News Feed ads,” he said, suggesting that their proximity and resemblance to posts from friends might earn them more attention. “They seem to be working a lot.”

Facebook will automatically grab an image on the chosen listing results page to use as the ad’s image on Facebook. But agents need to add headlines and text.

The agent must also set the length of the campaign, the most the agent’s willing to pay for a click on the ad (If in doubt, Nelson advises agents to use whatever Facebook’s recommended “maximum bid” is) and the total amount of money the agent wants to spend on the campaign.

Nelson said agents who spend $1 a day (which Nelson said could yield roughly two or three clicks to a listings results page) using his approach over the course of a month should be able to snag around six qualified leads.

The visitor, meanwhile, automatically receives an email from the agent offering the agent’s services. After that, it’s up to the agent to cultivate the lead.

That could involve targeting them with email “drip campaigns,” or it could mean writing a personal note, particularly if Kunversion shows that the lead is searching up a storm.

“If client A is looking at the property on Thomas Road 44 times, you might be able to say, ‘Oh, you want to look at that property?’ ” he said, adding “you don’t say that you’ve been watching them on the website.”