Should agents HAVE to adopt to new technology?

Technology has given real estate agents a vast array of high-powered tools, apps and gadgets to make their lives—and their businesses—easier to manage.

These tools can help agents drum up leads, streamline transactions and generally make their lives easier, but many agents just don’t use them, says Inman.

Should brokers force them to? 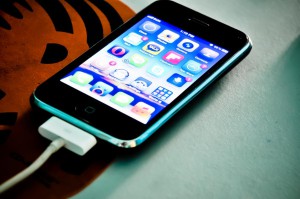 No, says Valerie Garcia, senior technology coach at Re/Max Ontario-Atlantic. If some coaching doesn’t do the trick, let natural selection have its way, she said, speaking on a panel about how to drive tech adoption at Real Estate Connect.

Brokers should expect people to get on the metaphorical tech wagon or get off, she said.

“We have to get to the point where tech adoption needs to be part of our industry,” she said. “If you’re not using a cellphone, if you’re not walking around with a computer in your pants … you shouldn’t be in the business.”

Redfin feels the same way. The broker doesn’t bring agents on board unless they can demonstrate that they’re “technologically savvy and capable,” said Scott Nagel, president of real estate operations at the firm.

And those tech-challenged hires who slip through the cracks? “They don’t last long.”

“Time is not on the side of agents who aren’t technologically savvy,” Nagel said.

Perhaps not, but everyone knows an agent who doesn’t know a thing about technology, but still kills it.

“There are just people who are rainmakers, and they know how to sell,” said Gary Gold, an agent at the Beverly Hills-based brokerage Hilton & Hyland, addressing some panelists’ adapt-or-die stance on Luddites.

Garcia said those agents’ seeming independence from tech is illusory.

“Behind that person is somebody who’s doing that stuff.”

What do you think? Should agents be required to hop on the proverbial tech train or if they don’t, should they be left behind?

Let us know how you or your company is adopting to the changing technology landscape.